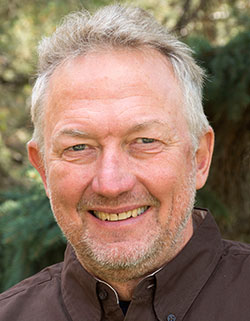 A University of Wyoming professor and UW Extension soil fertility specialist died Thursday after being caught in an avalanche in the Teton backcountry.

Jay Norton, 61, a member of the faculty of UW’s Department of Ecosystem Science and Management, was skiing in the Game Creek drainage on the western slope of the Tetons near Victor, Idaho.

“We have lost a talented and beloved member of our community,” UW President Ed Seidel says. “Our hearts go out to his friends and family as we all grieve his loss.”

“Dr. Norton was a consummate scholar who was committed to the improvement of Wyoming agriculture and support of its natural resources. He was able to engage with students at both a personal and professional level at a rare level, and he brought a high level of energy and goodwill to every activity,” says Professor Scott Miller, head of the Department of Ecosystem Science and Management. “To know Jay was to love him, and he will be deeply missed. We send our deepest condolences to his wife, Urszula, and son, Cazi.”

As a UW Extension specialist, Norton worked directly with stakeholders across Wyoming and was skilled at crafting research that would dovetail with his extension activities, Miller says. Norton also was a skilled instructor who taught classes ranging from entry-level survey courses through the graduate level.

“Jay was a wonderful friend and terrific colleague,” Miller says. “He had an infectious positive spirit that he carried everywhere. He is remembered for his excellence in scholarly activities as well as the warmth, friendship and good humor he brought to his community.”