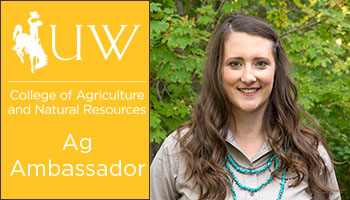 I am a planner. I plan everything! I didn’t realize I was a planner until I was a senior in high school, fall semester, everyone in my graduating class had an idea of where they were going to college if they were going, except me. Of course, I had an idea of where I wanted to go but no plan that was set in stone. All I knew was I wanted to go to college. I had so many questions, should I go to a junior college first? If so which one? Would I be better off to come directly to the university? Should I go out of state? So many questions, and no plan. I was stressed out to say the least.

Skipping forward to February 2017, spring semester of my freshman year, my coach tells us that he will be resigning from coaching to move to Texas to live with his wife. Well, guess what? That was never part of the plan, I had planned on having him as my coach all the way through junior college. I had planned on judging at NJC through junior college with one coach and then going to senior college and continuing my judging career. Once again plans had changed.

I did some serious thinking for the next couple of months, and once again had some hard decisions to make. I didn’t know what was going to happen as far as a new coach at NJC or my scholarship. There was so much that I didn’t know, and as a planner this was very stressful. I needed to have some options to keep my own peace of mind and so I made a phone call to another school I had been considering just a year prior to this. Luckily after this phone call I had a plan, the next fall I would be attending Casper College, as a sophomore, and a freshman judging student. With the plan to stay at CC for two years and continue my judging career, as well as achieve three degrees in agriculture; general, business, and animal science. But as you may have guessed, my plans would change once again. After completing a degree evaluation at the end of my first semester at Casper, I found out I was only eight credits away from graduating with two degrees. I made more lists and had more stressful days about what I was going to do.

At this point I realized plans have changed once again, but this time I was finally okay with it. I knew that God had a plan for me and that was the only plan that mattered. In fall of 2018, I made my journey to my final school where I will finish a degree in animal science with a business concentration. Although there have been plenty of instances where plans have change here at UW also, they have been good changes. I have had the opportunity to be a teaching assistant, to be a member of the horse judging team that has had a lot of success, as well as meet many new friends.

Because my plans have changed, I have had the opportunity to be a member of four judging teams, meet many different people; producers, industry leaders, professors, mentors, coaches, teammates, and friends. And that makes my plans changing completely worth it, and I hope they continue to change, allowing me to grow to the best person I can be.