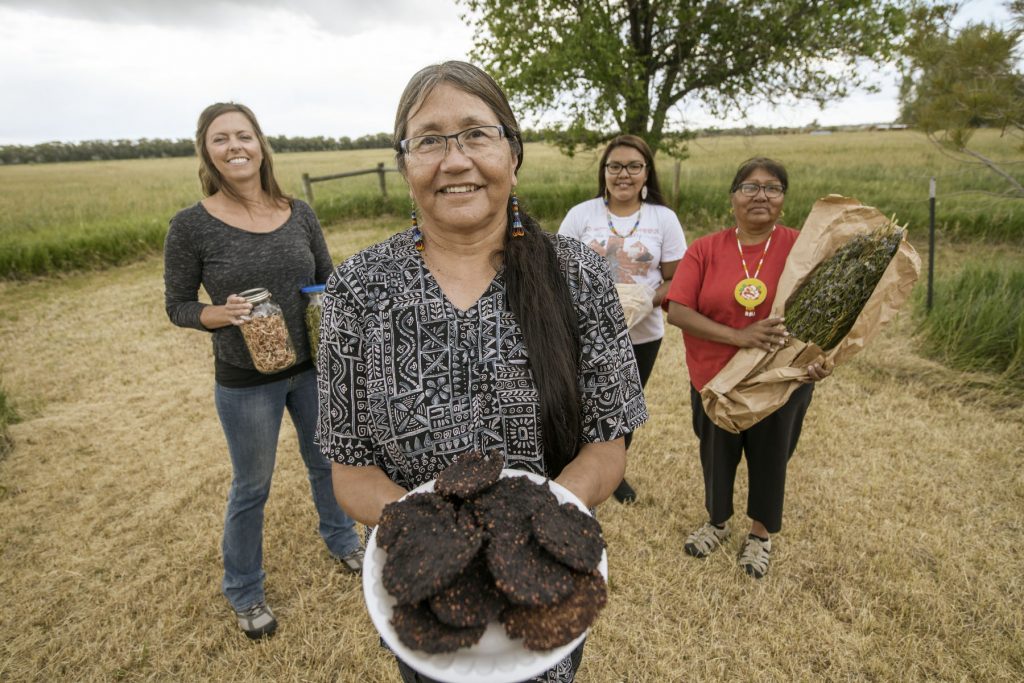 Members of the Restoring Shoshone Ancestral Food Gathering (RSAFG) group on the Wind River Indian Reservation are reclaiming knowledge about the use of Shoshone foods and preserving traditional methods of gathering and preparing those foods.

Traditional recipes, stories and other food knowledge have been shared among community members and non-native partners. The group gathers each month to collect, process and preserve foods such as yampah root and fireweed.

“Back in the early days, we lived on all the wild game big and small. I remember watching my ‘gah goo’ (grandma) cooking the food for her large family,” said Vernetta Pantzetanga, an RSAFG advisory member who helped with collecting, processing and preparing traditional Shoshone foods. “Whether it was game meat or berries, it was the healthy way. Now as I look back, I find myself trying to prepare good, healthy food for my family just like my gah goo.”

RSAFG efforts were supported in 2018 by a National Institutes for Health grant through the University of Wyoming to study the effects of Shoshone ancestral foods on health, identity, culture and well-being.

The grant assisted community efforts to identify traditional Shoshone foods and how they were used, gathering and processing the foods, and preparing recipes for participants.

Aphid Control | From the Ground Up

Ants or Termites | From the Ground Up